Although Shenseea’s anticipated debut album is still in the works, the Dancehall siren is giving fans a reason to celebrate after she recently announced “ShenYeng Day”. Just days after her idol Nicki Minaj broke the internet with her eagerly awaited return dubbed ‘Nicki Day’ on Twitter, Shenseea hopped on Instagram Live to share the news with her 4M followers.

The Upset singer’s recent freestyles have earned her quite a few comparisons to the Young Money Queen, and most recently Shenseea was vocal in her support for Skillibeng’s Crocodile Teeth Remix which features Minaj. “Nicki X Skillibeng

me feel good like a my song! Happy fi yuh yute! Rep!!” she tweeted on Friday.

Leaving few hints on what caused the holdup with the album, (proper track mastering, extending the tracklist) Shenseea said, during the Live, that her ShenYeng’s loyalty despite the delay inspired the move to create a day for her fans. “Ah months now mi nuh release a song and you guys are still here waiting, no joke, mi really appreciate unnu so much which is why it pushed me to do this – a ShenYeng day for my ShenYengs,” she said.

“Just think of it like a birthday for my ShenYengs”, she continued. “Mi ah dedicate a day fi unnu so we can celebrate, bring out the inner ShenYeng, just for us. ShenYeng world. Straight. We gonna go crazy on that day, we jus ah go know seh a fiwi day dat..,” she said excitedly, adding that there were many festive plans in the pipeline.

The designated day, May 20, could be called Yeng Day according to the Blessed songstress, and will be celebrated annually going forward.  It’s fitting since Shenseea’s ShenYeng Anthem was released Chimney Records’ Rice Grain Riddim three years ago on May 20, 2018. 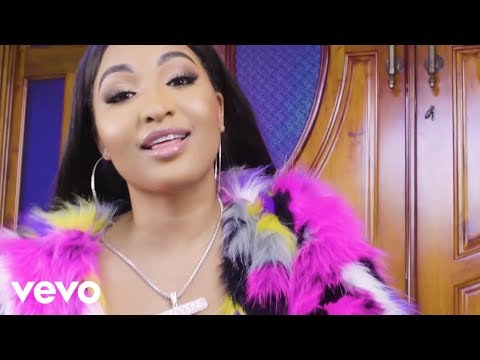 Geared towards ride or die fans of any age, in any location, whether male or female, plans so far include social media shout-outs to all fans sporting ShenYeng tattoos. Though she’ll be working in LA on that day, the busy starlet will also be treating five lucky fans in the area to dinner.

Plans for her Jamaican fanbase are still top secret for now, but the Trending Gyal has promised they won’t be left out or disappointed. “Jamaica me come from how mi fi leff unnu out, yuh crazy!? Mi jus nah tell unnu yet. But don’t worry guys, I’m tellin yuh, I have so much things planned.”

Though COVID has limited opportunities for her to link with her fans, Shenseea thanked them for all their incredible virtual support. She left them with “homework” after many failed to guess the significance of the chosen date, and lauded them for always representing her virtually.

“I notice how you guys ride for me. Sometimes I’m on the net and I see some crazy ass comments an mi jus see mi ShenYeng dem jus ah tackle people. Mi like it! Thank you! Unnu done know seh mi signed to corporate companies, you think me ah go mash up my contract dem fi one nasty comment? Thank you yah. Thank you ShenYengs!” she said.

She closed out by reminding them how grateful she is for all their efforts that’s now earned them a full day of festivities. “I appreciate the little things y’all do, how you share my music, share my posts, defend me and as I said these are some of the things why I chose to celebrate a day just for us.”

Her faithful followers also got a glimpse of her brand new back tattoo, a lotus flower in a crescent moon on her left shoulder. “Tell me if you guys like it. I loooove it!” she gushed. “It represents peace and harmony.”

NB: All trademarks and copyrights on this page are owned by their respective owners.

The media in Ghana must be value-laden – KKD

The media in Ghana must be value-laden – KKD

You Have Become A Target: Nana Ama Tells Sam George

Africa needs to close financing gap to recover from coronavirus –...

Contact us: info@cediweb.com
© Cediweb Africa 2021 | All trademarks and copyrights on this page are owned by their respective owners.